It’s a new dawn, it’s a new day; spring is near at hand, and the mail is beginning to stir… 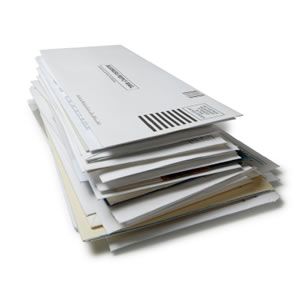 Hope rides letters on the wind—

That’s right ladies and gents, the season of rejection letters is beginning. Just got another gem of one today. Personally, I like to store them up, in that oh-so-classy of ways, so I can look back on them with a smile if and when I actually do get published. Meanwhile: c’est la vie. What do you do with your rejection letters?

Today was to be Farewell Friday, and never before has a name been so true to form – in Egypt, the roar of the crowd echoes through streets up and down the country as President Hosni Mubarak, who as lately as last night declare he would not step down, he would not leave until September, has now, finally, been removed from office.

Much remains to be seen in the days to come. Amidst the celebrations, Egyptians must remember that he is but the face of all that they are rallying against – that it is an institution, of governors and officials that are all his men, who remain where they are. Until they are addressed, their revolution, which has come so far, is not truly won.

But another question remains as well in the wake of all of this: what does this mean for the rest of the Middle East? Many have asked it all along – Tunisia, and now Egypt, have deposed decades-old power structures. Jordan forced their King to restructure his government and give in to their demands. Will the protests spread? Is this the beginning of a great Democratic sweep through the Middle East? And what form will it take in the conclusion? 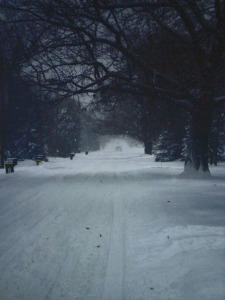 Cold…so cold. High of 14 today. Inside writing, doing my best to hide from the chill. Not as much snow as in the photo – the picture’s from back in 2009 – but the wind and the ice don’t make things any better. On the bright side, a little cocoa and some tiny marshmallows do lead to the occasional Winter-ku…

All is silence in the rough 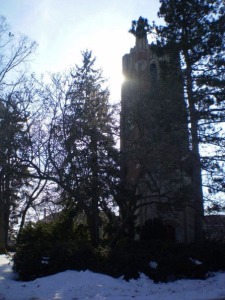 Woke this morning with thoughts of Winter playing in my head – and a sheen of ice outside my window that stretched from home to street and all the roads beyond. Reflecting on the beauty of the colorful Spring past, this little thing popped into my head:

Color sleeps beneath the snow;

The sound of rain distant rise

But in that process, we often forget the others – those people that do not have the luxury of that cheer. This is not a wholesale judgment of others, for I recognize the tendency in myself as well – it is only natural, but we must force ourselves to face reality, to turn our minds and our hearts beyond our own.

To that note, for this Christmas Eve I grant a more solemn contribution to the season, the reality of the above:

This season, just remember, as you are opening gifts and trading smiles with those you care about, that there are others, much less fortunate than we, who will not experience that joy. There are those with naught but memories of these things, and some that have never gotten to experience that holiday joy…please, keep them in your thoughts as well.

Because sometimes I just want to be silly:

in that fine system of tubes–

Al Gore had a laugh.

Keeping to a “short but sweet” theme that seems to be overarching my poetry this week, I give you a Haiku. Enjoy:

the inner is higher than

Posted in conjunction with the Thursday Poets Rally.

And by the by, as a part of that, I nominate Kavita! Read any of her stuff. You’ll quickly figure out why.