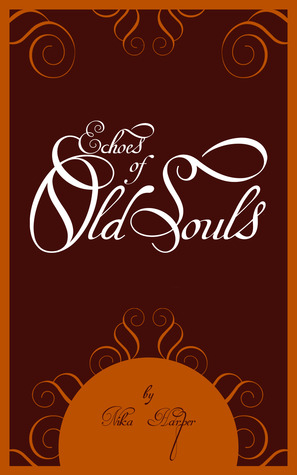 When the sky strikes clouded hour

it should be sleep which you devour–

to lay your sights

upon the treasures of your birth;

shaded, still, but gold by mirth

set upon the starry plate

of time, of hearts, of callous pricks

(of soul, you dirty mind)

that in their feasting bind

and leave the starving poets to elope

which is to say, by morning I am weeping

for all the pains that you’re still keeping.

Bees are just a function of the hive
so is it soul then that keeps us from the pits?
Too bad we’re all burnt out before we’re twenty-five
if anybody listened we might even ease the fits
the drone game calls the learning curve jive
but even souls can’t fact acquit,
we’ll all shrive before we thrive
not in legion, but in whit.

The following is an excerpt from a little story I just whipped up this morning, after a touch of reading on the rather lovely – *cue sad laughter* – state the media’s in. Always good to have a healthy reminder now and then, but in this case, it spurred a touch of the creative in me, and this is the beginning of that result. I won’t claim it’s perfect, nor anywhere near finished – but these are the first 450ish words of the 2,000+ word work I have going at the moment. I’m not even all that pleased, to be honest, with how it’s turning out at the moment…certainly not one of my finer works, and not my usual style, but a little external opinion’s always good to have with these uncertainties.

It’s a modern piece, grounded in my native Michigan. All companies and people and likenesses therein are imagined, not real, so please don’t go hunting around for skeletons in the closet. Any likeness they share with real people are purely coincidental…yada yada. You know that shpeal by now, I’m sure. As for the story itself, it’s a modern piece, supposed to address Media Consolidation, and its detrimental affects on society, as well as some of the little horrors we all-too often have no idea are racing by, right under our noses. This opening section primarily just sets up some of the main figures of our little piece here…

So without further adieu, I give you the introduction to what is ostensibly being called: “When all else fails.”

Time never much mattered to Daniel Doriddy. It came, it went, and always there was more besides—the established realization that as one breathed, it was unlikely that, in the next moment, that breathing would simply cease altogether. Life was a steady variable, and it, as time, seemed constant, abstract, intractable.

Death had never meant much to Daniel either, more a concept than a reality. He had never killed, never known anyone who died, and gave no thought to the limitations of his own all together timely existence. He thought in the moment and of the moment, and thought to remove himself as thoroughly as possible from any thoughts of past or future.

Yet at 12:03 p.m., on the first Friday of the fourth month of the year, his name became synonymous with death. Death consumed him, altered him, broke him—and the man, the voice, became the spokesperson of corporate murder. In 2015, more Americans had an opinion of Daniel Doriddy than of Gandhi, Martin Luther King, or Barack Obama.

Without ever trying, he was a man that changed the world, and neither he, nor they, would ever forget it. For a man that had never worried of the past, Daniel became defined by it.

It all began with a train.

At approximately 11:00 a.m., a train with the letters “BON” inscribed across the side of its cars left its yard outside of Grand Rapids, Michigan, bearing with it nearly 400,000 gallons of a thick, greenish compound not so unlike anhydrous ammonia in bearing. Yet this was a new product, a new tool, even, some within the company had argued, a new weapon – or at least, it could be used as such, they claimed, before a defense committee. For the train, it was a trek made on average twice a month, and though the contents changed, the men handling it remained ever the same. Five men were always onboard: two transporters and the conductor, coupled with two additional men that identified themselves as security, answerable solely to the company itself.

Bon, as the company was known, or Bon Chemical, as its stockholders knew it, was an old company, founded in the midst of the Vietnam War. It specialized in chemicals both mundane and military, though it preferred to keep the latter under the table. Unlike some of its competitors, it had kept itself somewhat confined to rather rigid and efficient security protocols, which had long guaranteed a record of safety and reliability in their work.

Yet even the most cautionary cannot account for sheer dumb luck, and on that day, it played its hand, and many people were drawing cards.

Image care of Photobucket; I hold no rights to it.

I fell in Burgundy,

the color of her Convictions

teased me past the bounds of Reason,

tempted to the sweetest Treason,

is my Soul’s Damnation,

gripped as we are in Sensory Salvation–

rings Red the stacatto of our Destruction,

as Beings, set among the fog and sand–

I am become the Wolf, less man,

together craft the scarlet trails of Unmaking–

you Sing for me,

but these Hands are not my hands,

they Touch you, and I do not Know my name.

Because sometimes I just want to be silly:

in that fine system of tubes–

Al Gore had a laugh.

File these away under finished...

Between everything I’ve had going on this summer I would say that’s a respectable bit of reading to have done, lo these past couple months of warmth and sunlight, no? From vibrant and mystical fantasy to gritty, nihilistic dramas of the modern age, these books have carried me healthily through a good bit of summer.

Of course, it’s still not over. But I’m running out of my summer stack–just a couple more to go!

Fascinating read. It’s Lee’s fourth book, and this one takes place in the aftermath of the Korean War, following three characters specifically and how they are dealing with different aspects of that aftermath. You see the horrors of the war, as well as decisions made following it, and how those decisions have followed certain characters all the way into the 1980s. Not for the squeamish or the faint-hearted.

Yet as I work my way through this novel, I find myself wondering what might come next. Any of you have any suggestions of must-reads?

A month of summer lies yet ahead, and I am always looking for more reading material to greedily devour. Believe me, I’m easy–I read any and all types.