you should know
scattered light could not define
your eyes, the depth

which draws reflections
in my drifting soul,
pulling back the beauty
of this living
presence–

yours and mine, ocean tides
moving us in ways
we could not manage

A man hangs his hat in that corner

where once we slept together

an ignorant or discontent foreigner

to our dislocated nether.

No one knows what happened

to the images our jury pardoned.

It was not always rainy when you came.

There were moments, tucked into our night

we found shelter in our tender shame

knowing neither would ever fight

for all the stories Donne read within

that little corner of our skin.

not even the man, uncapped, in grey

frustrated and sweating through the summer decay

praying for the breath that weaves

through the door, but out the window leaves.

(Pow, right in the feels. And using space, too.)

A saturation of forces holds us,

pirouetting through the possibility of darkness

probing the field in yearning steps.

but in restraint, the tidal pull of our

for the final, shaking breath when time

skips, us tipping into the hooded sky.

One of the great wonders of the poetic world–at least in the western tradition–is the centuries old figure of one of Italy’s most interesting sons: Francesco Petrarch.  A poet and scholar, his was one of the voices most sought after in the Renaissance–that great pinnacle of western revival in the arts.

For good reason, might I add! Not only was he considered the father of the humanist movement (which would eventually change the face of Europe in a great many ways, I might add–Reformation, anyone?), he gave birth to what is now known as the Petrarchan sonnet, and his works serve as some of the models for lyrical poetry as a whole. You may recall in a previous post I mentioned the Italian sonnet? In some cases, it is another name for these–but on the whole, Petrarch’s words served as the basis for those Italian forms to come.

His brand of poetry was not typically weighed with politics or the like, as seen in many cases today, but rather with the matter of the heart–or to be more specific, the concepts of unattainable love. Beneath many of them lie a great pining the poetic heart too easily recognizes.

Italian, it is often said, is a language of love, and if that’s the case, you might consider thanking Petrarch for the pleasure–the model for the modern Italian language is actually based of a mix of Petrarch’s, Giovanni Boccaccio’s, and Dante Alighieri’s works.

So let us indulge now in a sample of the master’s words, with one of his iconic sonnets…

Sonnet 12–Alas, so all things now do hold their peace

Alas, so all things now do hold their peace,

Heaven and earth disturbèd in no thing;

The beasts, the air, the birds their song do cease;

The nightes car the stars about doth bring.

Calm is the sea, the waves work less and less.

So am not I, whom love, alas, doth wring,

Bringing before my face the great increase

Of my desires, whereat I weep and sing

In joy and woe, as in a doubtful ease.

For my sweet thoughts sometime do pleasure bring,

But by and by the cause of my disease

Gives me a pang that inwardly doth sting,

When that I think what grief it is again

To live and lack the thing should rid my pain.

~By Petrarch, translated into English by Henry Howard

It is a blind chase–

the riddle of a woman’s grace.

I would name myself a statue

but this stunted face could not construe

the subdued motion of my growth

through softest bond and yearning oaths.

Tomorrow, a more fantastical post. Today, a short dose of the poetic:

heat beckons through wood and wind

Note: Don’t forget to check out my guest blog appearance on Jessica Kristie’s “Inspiring Ink” segment today! I may be talking fantastic tomorrow, but today, I’m delving into the imagination…

the name and shape of which are lost

to caresses of cabaret visions,

the Auburn night that host

the look that chains that sky unto the post

between grains of fleshed collusion–

she sings still in toast,

to the figure of our delusion.

* A work in progress – critique welcome!

broached the topic of

battered with the blue breeze

An immigration of conscience

through the shaft of her soul,

but ringed Bast barred in gold;

but the band bonded true—

through the needle of love’s eye.

It is dew I drink

Mere drops of her spirit fall

Yet it is all world. 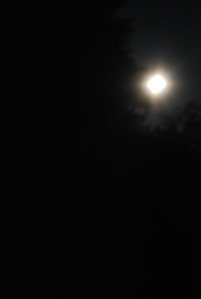