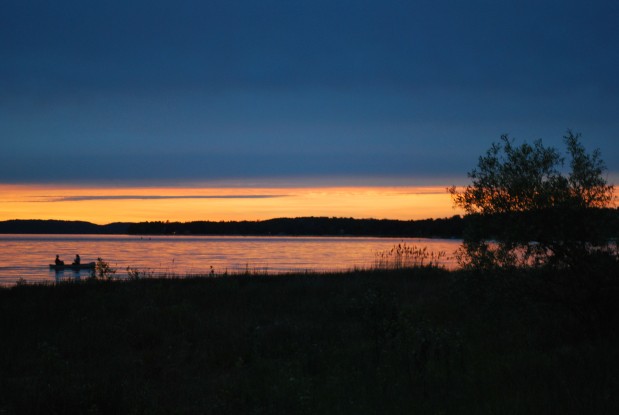 ripples in the plum blossom river

against the bow of the moon

a stillness, by the riverbank.

Alone among the pines

outline of a wound

wove across the pitch

through the ashen dissolution

in the shadow of Celestia’s

we wonder at the craft

molding of the breathless

ageless and the fallen

into the next night’s cycle.

Twilight hush amidst the room;
a voice, rising through the shadow throng
commits the universe to notes
and I, swooning through the grace of logic, rise
drifted on the captivated stars
onto the mystic sea, glittering in
transcendental mysticism fires
that will not be bound by flesh:
a word, they say, a notion
but in that heaving sky
the rush of majesty;
souls which lie
Beyond.

silver remnants in the fog, the misty air

wrinkled by the drip

which feed the tears

a lone wolf cries from the river bed.

about the scent we heave,

fear of the bear baring our skin.

As we lie in our tent,

we listen to the trickle,

wonder if this place could survive (Friends! Countryfolk! Hear my plea–if you enjoy what you read on this blog, I implore you to help me cast off some of my poetry into the great starry beyond. While that may sound strange, I’m a participant in the “Going to Mars with Maven” contest, in which winning haikus may get the honor of spaceward journey headed for Mars…care to help a dream come true? Than vote here: http://lasp.colorado.edu/maven/goingtomars/entry/?22335)

Water. Water everywhere! While many things have been occupying the eyes of the nation this week (and rightly so–many tugs of the heartstrings have gone to many corners of the U.S. these past few days), but locally, nature has been at the forefront of things.

Michigan, my home, is a land of water. It surrounds us. It pierces into the very heart of our state in its many rivers, lakes, and ponds. This is, truly, the Great Lakes State. Yet this week the state has been rocked by record rainfall. The end result: flooding. Massive flooding. And when I say record-breaking, don’t mistake me: the Grand River, in western Michigan, was predicted to hit a 24.76 foot crest today. Compare that to previous floodings here, as listed from the Grand Rapids Press…

Flooding is not new here, but bloody hell, this one takes the cake. Large swaths of the city of Grand Rapids and western Michigan are going underwater. To prove that point, I took a little photographic adventure. Here are just a few things to show you what we’re dealing with up here. I’d love to hear your thoughts.

No walkway for you.

At least the cops get to bust out their boats! 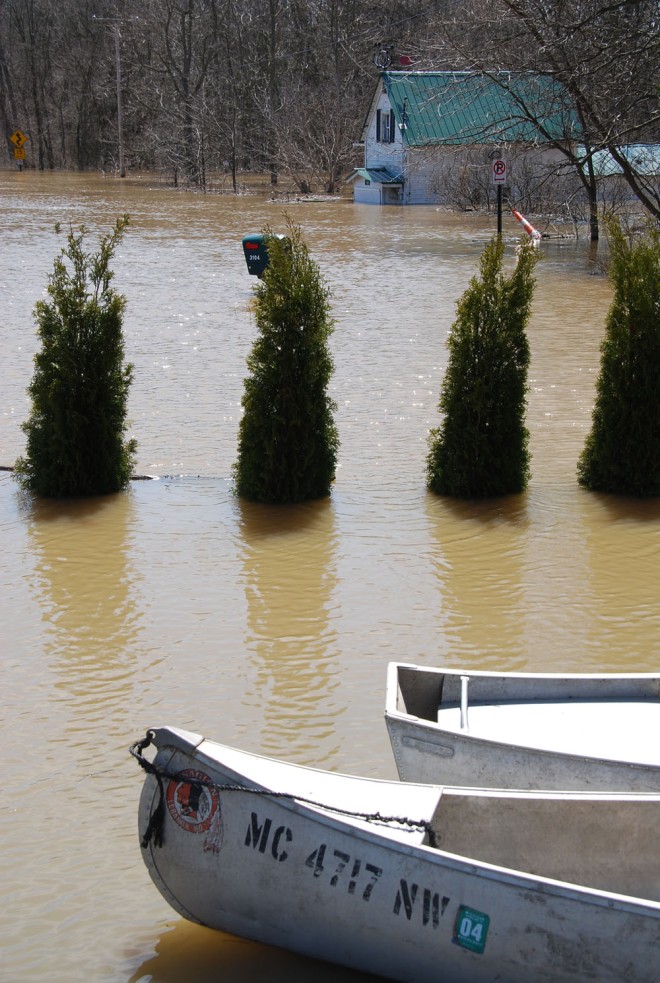 It was such a pretty house, too. 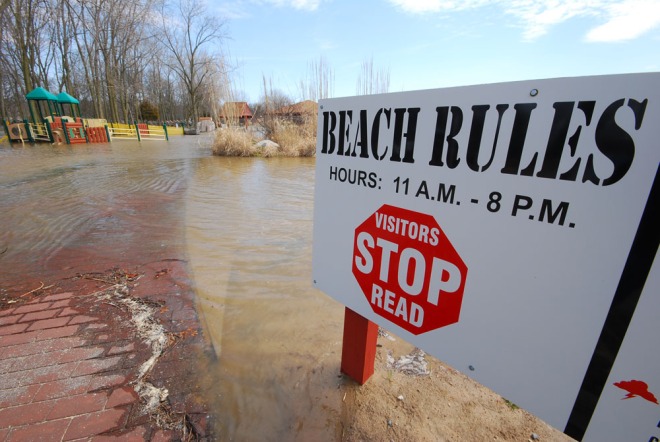 And the real kicker? More rain is expected to come…

choked divinity caught at the thresh

lay numb beside the kindled hearth—

blacktop shadows wove within the seams—

lie down, lie down,

buried by the wetted crown.

The lake is empty.

Roots have left this shore.

Freedom to be free,

containment shattered by the waves of yore–

all of It will cease to be

before they see that less is rarely more.