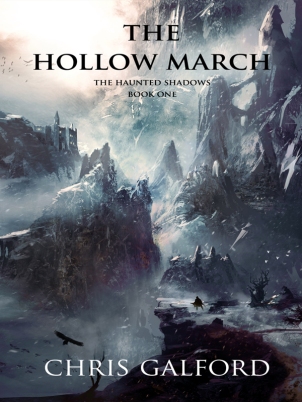 A disgraced son. A woman haunted, consumed by vengeance. A family scrambling for purchase on a tottering throne.
A nation on the brink…

As excerpted from Amazon:

“It is a time of upheaval in the Idasian Empire. As religious fervor stirs dissent among the people, and the winter winds loom, thousands gather behind their aging emperor on a march to war.

In the midst of this, young Rurik Matair blunders home with childish notions of revenge, and an unlikely band of sellswords at his back. The third son of a backwater nobleman, Rurik was destined for a life in service to the crown. But when he reached beyond his station, he was banished from his father’s house with nothing to his name. Tired and hunted, he returns after two years abroad.

Yet all is not as it appears. As Idasia’s brutal war threatens to stagnate, old rivalries rekindle. Other players shift through dark games behind the scenes, and old magicks rise against a tottering throne, stirred on by a woman with nothing left…”

The Hollow March is my first major literary work, based on a series of short stories written in the summer of 2008, titled “The Company of the Eagles.” It is an adult fantasy novel that follows the plight of three families caught up in a time of war, revolution, and renaissance. A crack of gunpowder mixed with the sizzle of old magicks, it showcases a fantastic, yet evolving world – a world staffed with personality, and with people – people who face many of the same traumas as our own world.

It is currently available in the following forms:

Or, for those that prefer the direct route (and consequently really love making authors extra happy), a paperback through Createspace: https://www.createspace.com/3739898

4 thoughts on “The Hollow March”