Image by and copyright Walter Parada.

A smile and a hand, freely offered

it’s not a stick you know

that I’ll stick you with,

not a dream doused with dreamers.

just a dab of purity to hide

* A piece for this week’s edition of One Shoot Sunday. This week features an interview I had with the talented Californian photographer Walter Parada. I was very grateful for the images he chose to share with us, as I find them all to be absolutely striking, from his landscapes to his portraits, and on to the image featured above.

when you would walk through moon beams

silver youth, in my mind,

your long-tossed hair that fleeting glimpse

for all sensation’s cheer—

a note to set the pen to dance

What is your name?

Reality, but a longing and a life

no bearing on the yearning—

A thousand ships would sail for you,

in mind, while your eyes turned—

it wasn’t till the flesh took my hand,

cast me out to sea

that all those ships were set to burning.

* My latest contribution to One Shot Poetry Wednesday. This piece was essentially the second part to the post I made yesterday, on muses and their very real, physical departure, in the form of people. Yesterday I gave other people’s thoughts on muses, but today I put forth my own thoughts on the muse’s withdrawal. For those with a physical embodiment to their own creative drive…

you thought that you could break my heart–

No martyr, in death

A shadow on a cave wall— 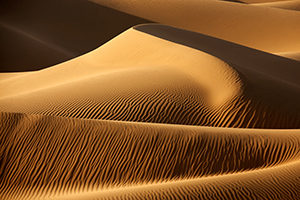 Photo by and copywrite Rosa Frei, as acquired from last week's "One Shoot Sunday."

the sound, the roar

no words to mark

the dust in the wind,

where planes and concrete fell,

bodies gathered in the mass

the flower of a shadow

planted in the towers’ ash

painted by the people’s rage–

* My latest contribution to One Shot Poetry Wednesdays, obviously inspired by recent events. The Senryu derived directly from my send off quote on the night of the terrorist Osama Bin Laden’s death, and “Just a Man” followed early this morning. Both pertain to symbols, to mortality, with “Just a Man” adopting an almost cautionary tone…and I hope they stir some thought in my readers.

spreads arms as wings in

spares the young men to die

* My latest contribution to the wonderful One Shot Poetry Wednesdays! If you get the chance, be sure to check out all the other talented One Stop poets posting there – and what about yourself? If you haven’t signed up yet, and you’re among the creative…what are you waiting for?

Kneeling at the bedside table

Somewhere in the midst

The feet of death hang

Monument of the quiet man’s strength

Over hope, the sing-song memory

When he is naught but dreams

He is the only one, he tells himself

The wrinkles and the lines, in pallid sheets

If he can make it through the night—

Hope will find them in the dawn.

My father and mother, seen here at my brother's wedding rehearsal.

My submission to this week’s One Shot Wednesday, and one that holds a special place with me. I wrote this a few days ago when, if you will remember, I was caught in the throes of a massive worry in my own life, revolving around my ailing father. Since then, he has undergone surgery and is apparently recovering now…and while that recovery time will be long, it is still a comfort to know that he will be better again.

This work revolves mostly around the feelings of waiting, the uncertainty, the hoping…the great pain that comes with watching and being unable to do anything in those long nights.

Yesterday, you may have noticed I posted a poem for One Shot Wednesday. Nothing out of the ordinary in that, and certainly unorthodox. Those among my commenters section, however, may have noticed that I have not, as my usual goodly self would have, traveled to your blogs in turn for a comment or a quality liking. You may be thinking, what a dick, that Chris guy.

Well humbly hold back on the dickery decrees for a moment while I explain. This week, you will probably not be seeing much activity from me. Some issues have erupted in the real world that have left me scrambling for sanity, but facing worry; for time, but finding little to be had.

My mother and father, Rocky Mountains 2010.

Yesterday, my father was taken to the hospital following a week-long sickness. In the beginning, we had thought it was the flu, or something like it. When it stretches for a week – certainly not the case. He was checked into the emergency room. Doctors seem to have figured out what was wrong – infections coming on in clumps all up in the wrong areas – but they don’t know yet if what they have prescribed will be enough for the moment. They have held him at the hospital for now, and given him antibiotics. They may take. They may not. If the don’t, they will likely have to conduct surgery. A skittish Chris is left in the meanwhile.

As if that weren’t enough, the week seems content to stack numerous other obstacles and bad things in my path. For example, yesterday, not 20 minutes before I learned about my father, my dog was mauled by another dog while we were walking down the street. Put an inch long gash in his neck and took a chunk of skin out from under his eye. Would have been worse, much worse, if I hadn’t booted the assaulting animal off my thoroughly startled dog. Have to deal with animal control and all that now. Likely an angry neighbor as well.

I will likely return to normality next week, and you will see posts and commentary the same as ever from regular Chris, but for the moment, if I’m a little lacking in internet presence, I hope you’ll understand. All the best to you all.

It is not the beard you crave

But the lips behind it,

In its youth, bitter thing

Rendered golden in that

Kiss is never just a kiss

It knows not the contours