Alone among the pines

the bliss that lay beneath the sea

for harmony is a shifter thing

a hope no mortal hands can bring—

that we, coddled in the blanket bliss

can only paddle glimpses soon to miss;

we lack the fins, the constitution

to see the ease be shunned. thousands to the dollared flesh

even time’s hand a sacred cost.

To the bursting, cries the chef

as I lay my body down,

waiting for the planes

to burn this hollow out.

Is it déjà vu?

Nestled in the mountains

I dip within the brook,

at once sinking to the chill,

There is a drink of maple

spread beside the banks

where this tired spirit

There is silence in the breeze,

an open breath for crossing.

*Welcome, one and all, to the the Waking Den, and to my latest offering to the good times over at dVerse Poets Pub. I hope you like what you’ve seen, and I look forward to reading your works as well, but I’ve also got a big announcement to make, and in case any of you lot missed it yesterday, I thought I’d leave you all with a link: https://cianphelan.wordpress.com/2011/10/17/the-hollow-march-begins/. Forgiving the giddiness of a younger writer for a moment, I also add: more announcements to follow in the days to come – exciting no?

Thank you for all your support! It’s a lovely community we have here in this blogosphere.

For these United States, yesterday was a day of remembrance. Ten years past, terrorism struck the heartland in one of the biggest horrors the nation has ever witnessed. It was one of those moments blazed into the psyche. Into the soul. Hardly a person can’t be turned to and asked, “Where were you when the Towers fell?” In many ways, it was a moment that defined this generation, for this and many other countries as well, as it kicked off ten years of war, fear, and globally shifting ideas of security.

Suitably, the dedications yesterday were far reaching – the connections, the memories, and the tears all treated with the highest of honors and dignity. Today, on this, the Monday of Quotes, the Waking Den would like to share, in the same vein, a few words throughout the ages on people, peace, and the past…

Our country is not the only thing to which we owe our allegiance.  It is also owed to justice and to humanity.  Patriotism consists not in waving the flag, but in striving that our country shall be righteous as well as strong.
~James Bryce

Peace cannot be achieved through violence, it can only be attained through understanding.
~Ralph Waldo Emerson

Man is harder than iron, stronger than stone and more fragile than a rose.
~Turkish Proverb

The past is our definition.  We may strive, with good reason, to escape it, or to escape what is bad in it, but we will escape it only by adding something better to it.
~Wendell Berry 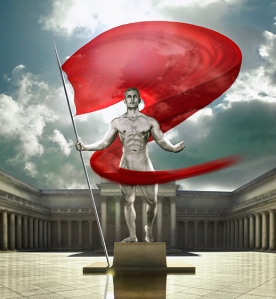 Image by and copyright Walter Parada.

A smile and a hand, freely offered

it’s not a stick you know

that I’ll stick you with,

not a dream doused with dreamers.

just a dab of purity to hide

* A piece for this week’s edition of One Shoot Sunday. This week features an interview I had with the talented Californian photographer Walter Parada. I was very grateful for the images he chose to share with us, as I find them all to be absolutely striking, from his landscapes to his portraits, and on to the image featured above.

to the scope of everything.

I’ve been bad. I know I have. You see that “Quote of the Week” section on the blog and you think, “Hey, that Chris guy, he gives us great quotes each week…” But I’ve not been keeping up. The poems have been flowing, but each week when the time comes around to drop the weekly quotes, they seem to slip right out of my remembering. Bad Chris.

Well this week I’m getting back into the habit, and what better day to do that with than Martin Luther King Day?

MLK is a tragic and inspirational tale for us all – a man that pushed society to the brink, moved a nation with his words, and gave hope where before there had been little. He was but one face and voice in a movement crowded with them, but his is the one we most often hear echoing through the halls of time – reminding, humbling. A clergyman, activist, and leader in the stylings of Mahatma Gandhi, King was a Nobel Peace Prize recipient. Born on January 15, 1929, he energized the civil rights movement both before and after his assassination on April 4, 1968, at just 39-years-old. He was a Christian man, and a colorblind one; he opposed war, and fought to end poverty.

The man, the inspiration, the paragon of peace and advancement that was Martin Luther King Jr. was a master orator, and writer, and so today, I would like to share with you a few of his words. At the bottom you will also find a video of his legendary speech: “I have a Dream,” as well as the news broadcast from CBS’s Walter Cronkite that aired on the night of his murder. I can only imagine what it must have been like to be sitting there that night and suddenly be greeted with such a thing…even if King himself had predicted it. Even if he’d known.

So please, as this day passes you by, take some time to reflect on what this man once said, and on the messages he preached, which still ring as true today as they ever did, and ever shall, so long as man draws breath upon this earth.

“I believe that unarmed truth and unconditional love will have the final word in reality. That is why right, temporarily defeated, is stronger than evil triumphant.”

“Injustice anywhere is a threat to justice everywhere.”

“Whatever affects one directly, affects all indirectly. I can never be what I ought to be until you are what you ought to be. This is the interrelated structure of reality.”

I have returned! And the getting was good, as they say. Thanksgiving now in the past, I can say without a doubt the weekend of rest and relaxation was much needed, and much appreciated. I feel rejuvenated and ready to roll – and given that finals, graduation and the last stages of my internship are now going to be barraging me over the next couple weeks, and everything’s coming to a head, that’s definitely a plus. If you see a little cutback in the creative flow over the days to come – do not fear, I shall return to normality eventually, but ’tis the season of much busywork, leaving my time a precious thing.

That said, I hope you all have a fine Thanksgiving weekend yourselves! For those of you in the states, at least. And to those of you abroad, I hope the week in general treated you well.

As I’ve recently seen on the news, however, not everywhere was having quite so happy a time as I. Most notably I refer to the ongoing madness in the Koreas, artillery and war games oh my. It seems war’s always looming just around the bend, in one place or another. Doesn’t help that, as in the Koreas, peace has never truly been declared. I know everyone’s on pins and needles to see how things turn out today, as the U.S. and South Korea kick off those war games amidst North Korea’s latest stunts…and it is in that vein that this week’s quotes find me making an implore for peace. We could all use some, if only for a little while.

“If we have no peace, it is because we have forgotten that we belong to each other.”
~Mother Teresa

“An eye for an eye only ends up making the whole world blind.”
~Mohandas Gandhi

These breaths across my skin.

The resolution of my being,

Dive down into the deep.

The shores of apathy

And stir upon us yet the storms

To find the kiss, the touch of motion

In the sensuous sway of your dance.

Could ever hold thy hips

This beat, thunder of thy solitary

Shield yet the passions of hope,

A dream of majesty.

The world in thy being:

* For the latest Monday Poetry Potluck!

Today, and to start off this week, as I find myself in something more of a reflective mood, I leave you with a few quotes from someone I personally admire very much: the Dalai Lama. May you all have a wonderful week to come!

“I believe that the very purpose of life is to be happy. From the very core of our being, we desire contentment. In my own limited experience I have found that the more we care for the happiness of others, the greater is our own sense of well-being. Cultivating a close, warmhearted feeling for others automatically puts the mind at ease. It helps remove whatever fears or insecurities we may have and gives us the strength to cope with any obstacles we encounter. It is the principal source of success in life. Since we are not solely material creatures, it is a mistake to place all our hopes for happiness on external development alone. The key is to develop inner peace.”

“We can live without religion and meditation, but we cannot survive without human affection.”

“Peace does not come through prayer, we human beings must create peace.”