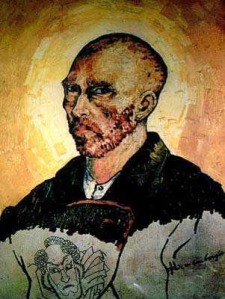 Last week took us to China, on a journey of peach blossoms. This week, we cross the narrow divide between China and another nation of legendary poetic prowess, hopping seas and centuries to step into the island of Japan. Known best in western circles for its haikuand tanka, today I appropriately offer up a man regarded as one of the haiku masters: Yosa Buson.

Buson was a poet and painter from Japan’s Edo period (a period from roughly 1603 to 1868 dominated by the Tokugawa Shogunate). Born in what is now a suburb of Osaka, his was to be a life of learning and travel, wandering the northern lengths of Japan in the example of fellow poet Bashō, and even writing a travelogue called “The Narrow Road to the Interior.” He devoured poetry. He wrote poetry. He taught poetry. Today, he is regarded as one of the greatest poets of the Edo period, and of Japan’s history-at-large.

This week, I offer you not one poem to devour, but four! Japanese haiku is powerful, after all, but short, and one brief piece I feel is not enough to give you a full taste of Buson’s power. So without further adieu, I offer you the English translations to some of this master’s works:

Before the white chrysanthemum
the scissors hesitate
a moment.

Blow of an ax,
pine scent,
the winter woods.

Blown from the west,
fallen leaves gather
in the east.

The short night–
broken, in the shallows,
a crescent moon.

Also: Be sure to check out my guest blog today over at Jessica Kristie’s realm today, where I’m talking imagination for “Inspiring Ink.”