For many dabblers of the pen, poetry is a thing of strict forms and concentrated effort—a literary form of limitation that presses the writer to bear his or her most beautiful words to light through the overcoming of that struggle. Many of these forms, in turn, have been given differentiating names over the centuries–your sonnets, triolets, cinquains, etc. etc. Yet for every poet that adheres to such formulaic ventures, there is another that seems to exist to break the forms, to go their own path on the road to literature. While both are valid methods, the two sides have infuriated one another plenty over their long years together.

Few have provided more exasperation from fellow poets and the community at large than e.e. cummings. Though the man had his forms–truly, many of his poems are sonnets in fact–he also dabbled in the realms of freeverse, though it was his design and craft of his works-at-large that set brows furrowing. Words bounced about, periods interrupting sentences, commas and parentheses oh my oh my…he knew how to make the mind work for his pieces, in methods we now refer to often enough as “avant-garde.” Unconventional is about the best summary–anything more or anything less wouldn’t quite do the poet justice. He was a modernist, and often ruminated on topics of nature and death in his work. He also had something of a knack for “controversial” subject matter.

Remembered today as one of the foremost voices of the 20th century, cummings wrote somewhere in the ballpark of 2,900 poems, two autobiographical novels, four plays and several essays before his death in 1962.

Today, we examine “i have found what you are like,” a piece that certainly showcases a bit of cummings unique style…

i have found what you are like
the rain,

(Who feathers frightened fields
with the superior dust-of-sleep. wields

the air in utterable coolness

-in the woods
which
stutter
and

And the coolness of your smile is
stirringofbirds between my arms;but
i should rather than anything
have(almost when hugeness will shut
quietly)almost,
your kiss 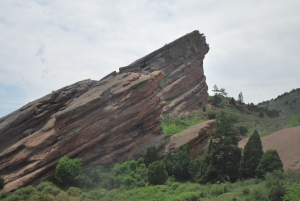 It’s Sunday, which means the latest batch of weekly quotes. This time around, keeping to the tune of my Colorado trip, all are nature-themed. One is actually a poem as well, written by the renowned Lord Byron. Beneath these I have also included another pair of pictures from my travels through the mountains. I hope you enjoy – for there is truly no mortal beauty quite so great as the power and majesty we may behold each day in the world around us.

There is a pleasure in the pathless woods,
There is a rapture on the lonely shore,
There is society, where none intrudes,
By the deep sea, and music in its roar:
I love not man the less, but Nature more.
~George Gordon, Lord Byron, Childe Harold’s Pilgrimage

I believe that there is a subtle magnetism in Nature, which, if we unconsciously yield to it, will direct us aright.  ~Henry David Thoreau

I thank you God for this most amazing day, for the leaping greenly spirits of trees, and for the blue dream of sky and for everything which is natural, which is infinite, which is yes.  ~E.E. Cummings 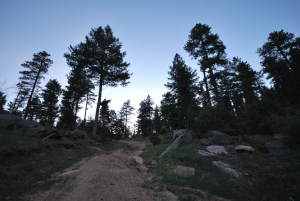 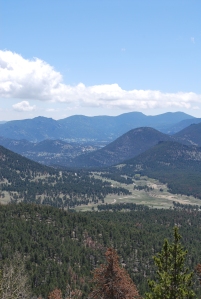