It’s one thing to have written three books.

It’s quite another to share them with the world.

Well, this week I’m aiming to do just that. In concert with the approaching American Independence Day (sorry Brits), I figured it’s only right to celebrate Independent Authors, too, so there’s going to be a FLASH SUMMER SALE running on THE HOLLOW MARCH all week long. From today through Friday, July 3, the first entry into my fantasy series–THE HAUNTED SHADOWS–will be available on the cheap. So if you know anyone looking for a new fantasy series to lose themselves in, that’s the bandwagon to jump on.

And by bandwagon, I mean gryphons.

And by jump on I mean get eaten by…

Er, you know what? The details really aren’t important, are they? 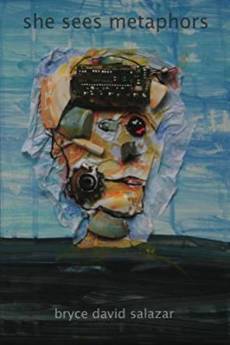 Contemporary fiction at its finest.

What’s more, I’d also like to take the time to incline your ever-so-thoughtful heads towards another Indie sale going on this week. Fellow author Bryce Salazar’s debut novel, SHE SEES METAPHORS will be available for the low, low price of free through tomorrow. Absolutely no cents involved. Plenty of nonsense, though.

Seriously, though, Salazar is a brilliant writer, with a piece that will blow the pants off any character-intensive reader out there. It tells the tale of one Jacqueline Schuler, who sees the world in metaphors. Literally. From streets of violent rivers to broken hearted mannequins, it’s a unique outlook on the world, with some truly intense imagery. It’s not quite magical realism, but it’s certainly magical in its modernity.